Menu
Log in
Install the app
You are using an out of date browser. It may not display this or other websites correctly.
You should upgrade or use an alternative browser.

Twitch Jimmy Fallon played Among Us with streamers in Twitch debut

Staff member
Jimmy Fallon streamed Among Us on Twitch with a star-studded group in his debut on the platform Tuesday evening. The stream lasted about an hour, and near the end, more than 125,000 people were watching live.

Fallon was joined by The Roots’ Questlove, Tariq Trotter, and Kirk Douglas; Stranger Things stars Noah Schnapp (who plays Will Byers) and Gaten Matarazzo (who plays Dustin Henderson); streamers Sykkuno and Rachel “Valkyrae” Hofstetter; YouTuber Corpse Husband; and Among Us developer InnerSloth’s community director, Victoria Tran. Parts from the stream will air on The Tonight Show next week, according to IGN. 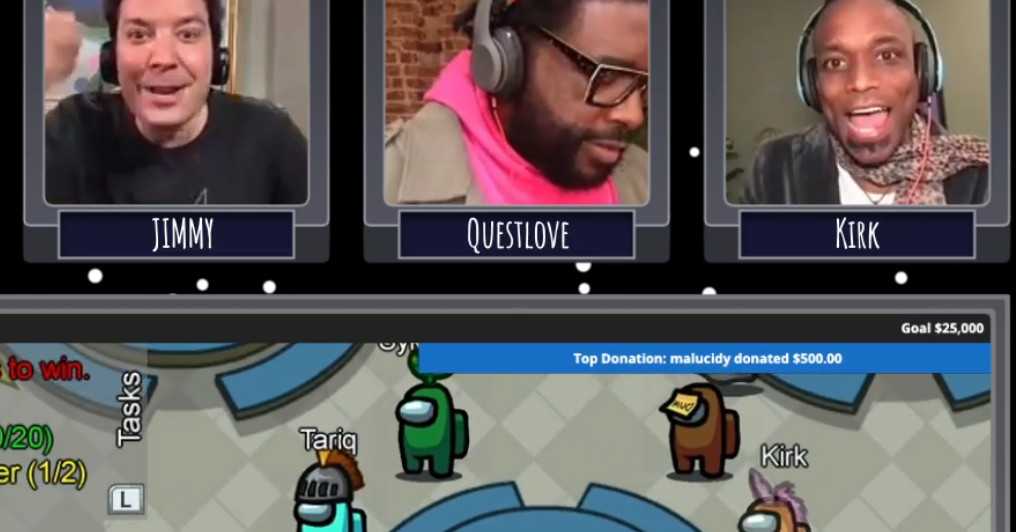