David Bond first started his online career as a con-artist pickup artist targeting lonely men that needed help with approaching women. His first videos were filmed in hidden GoPro-style video production to show how, in his words, he approached women. Eventually, David Campbell would move to Asia to produce more content, focusing primarily on “how to pick up Asian women” and live in Asia for cheap.

David was living in the U.S during the Corona Virus lockdown, he was patiently waiting for the travel restrictions to be lifted on American tourists wanting to enter Thailand so that he could continue his youtube operation. David Bond’s youtube channel primarily focuses on upselling online courses to white men seeking life in Thailand. Most of his online classes are custom-tailored for western ex-pats interested in moving to prostitution towns in Thailand.

David Bond eventually made his way to Asia, where he would leak stories to the local news organization in order to garner online attention and eventually subs. In Asia, he was accused of sexually exploiting women, and an online petition was set up to get the youtube David Bond deported from Asian countries. In Indonesia, local authorities were tipped off by online citizens that knew about his exploitation of women.

David Bond has expressed conservative-leaning views, and it’s something most caucasian men that frequent places like Thailand seem to have in common. During the 2020 political election, he advised his subscribers to buy guns and get ready because if Biden lost, his kind would be looked at as an enemy.

David Bond needs to be stopped.

As of now his Instagram account has been deleted, I tried to look for other accounts related to him and found this...
In that Instagram post made by another con artist, Austen Summer, he clearly expresses how the cultural barrier can be used in their favor to take advantage

David Bond is a notorious sex tourist who routinely films his sexual exploitation in Asian countries for profit. His youtube channel is not compliant with youtube TOS. Instructions for how to report him are here: https://docs.google.com/document/d/17bH7Lb_Knb5-eJdQCXauqX5YUEOIB7FbfDn1EQz5FOA/edit?usp=sharing

Steven Mapel AKA David Bond, be aware of this predator 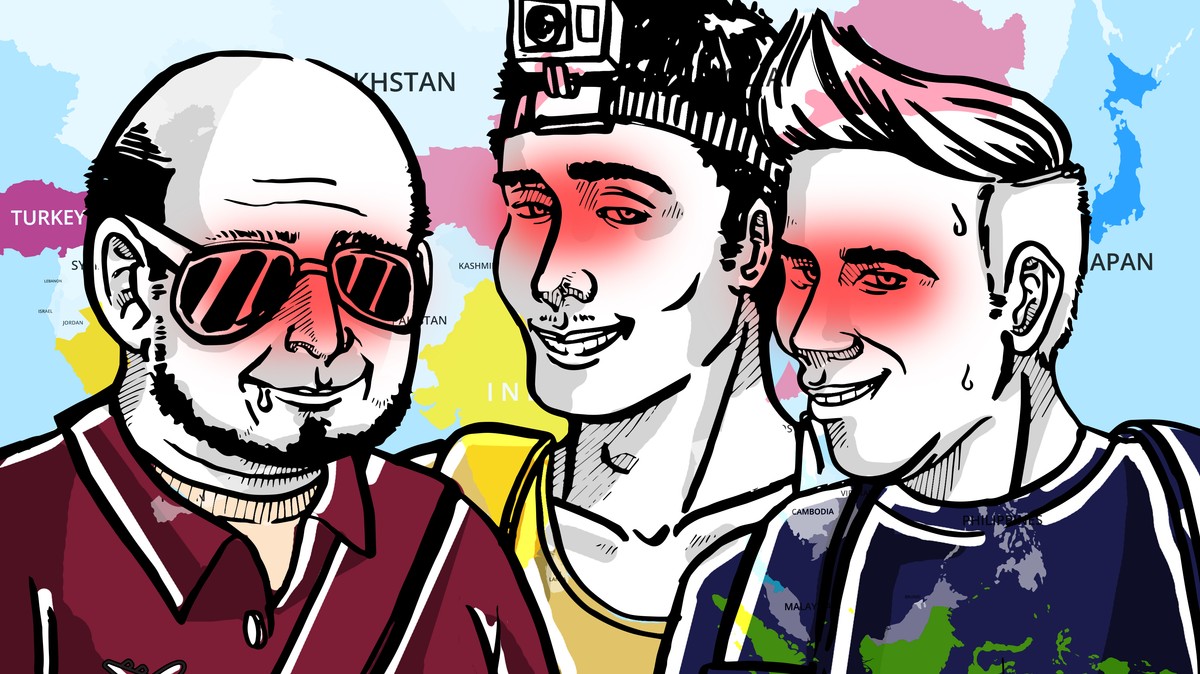 What's the Deal with Men's Rights Activists and Asian Fetishes?

Why Journalism Sucks In America!

Streamer - October 27, 2020 0
https://www.youtube.com/watch?v=ITOtFH0WW9k American Journalism has a problem and its entirely their own doing,...

YouTubers from TheGrayzone expose UK media propaganda at the BBC